Previous Next
Why Do I Have to Learn English?

Why Do I Have to Learn English?

English is described as “the language of opportunity”, and after you read this article, I am positive you will agree with it. If you are in Jakarta and always want to be able to take an English course, you need to read this article.

The reasons why you have to learn English

If you are looking for a new challenge, learning English is probably what you are looking for. Not only that, because it is so widely spoken, it lets you have a large number of new cultural experiences, which will help you develop life skills, meet new people and grow your confidence in handling new situations. 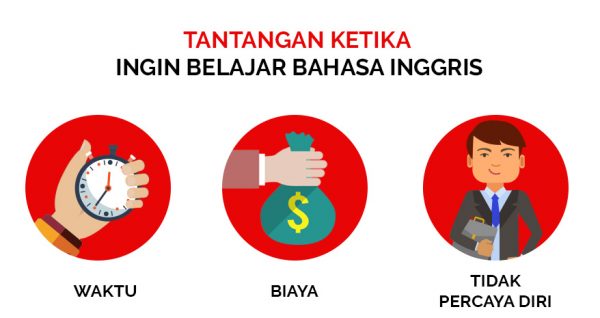 Have we convinced you? If you are inspired to learn English, consider signing up for English Today and developing your English skills to open the door to wider opportunities.

With countries becoming more multicultural, the desire and need to speak English has never been this big. However, while many people want to speak English, traditional teaching methods make people lose faith and the majority give up even before trying because the process is long, tedious and difficult. Learning English doesn’t have to be like that!

About Us
Our Teachers
Our Programs
Testimonials
Blog

English Today was founded in Jakarta in 2010 as Jakarta’s first and only native English teacher agency and has since grown to be located in 7 different cities including Surabaya, Bandung, Denpasar, Makassar , Balikpapan and Medan. At English Today we have an extensive network of professional English trainers that extends throughout Jakarta and Indonesia, allowing us to offer greater flexibility in scheduling, and to offer our customers a wider choice of experienced and qualified Professional English Trainers.